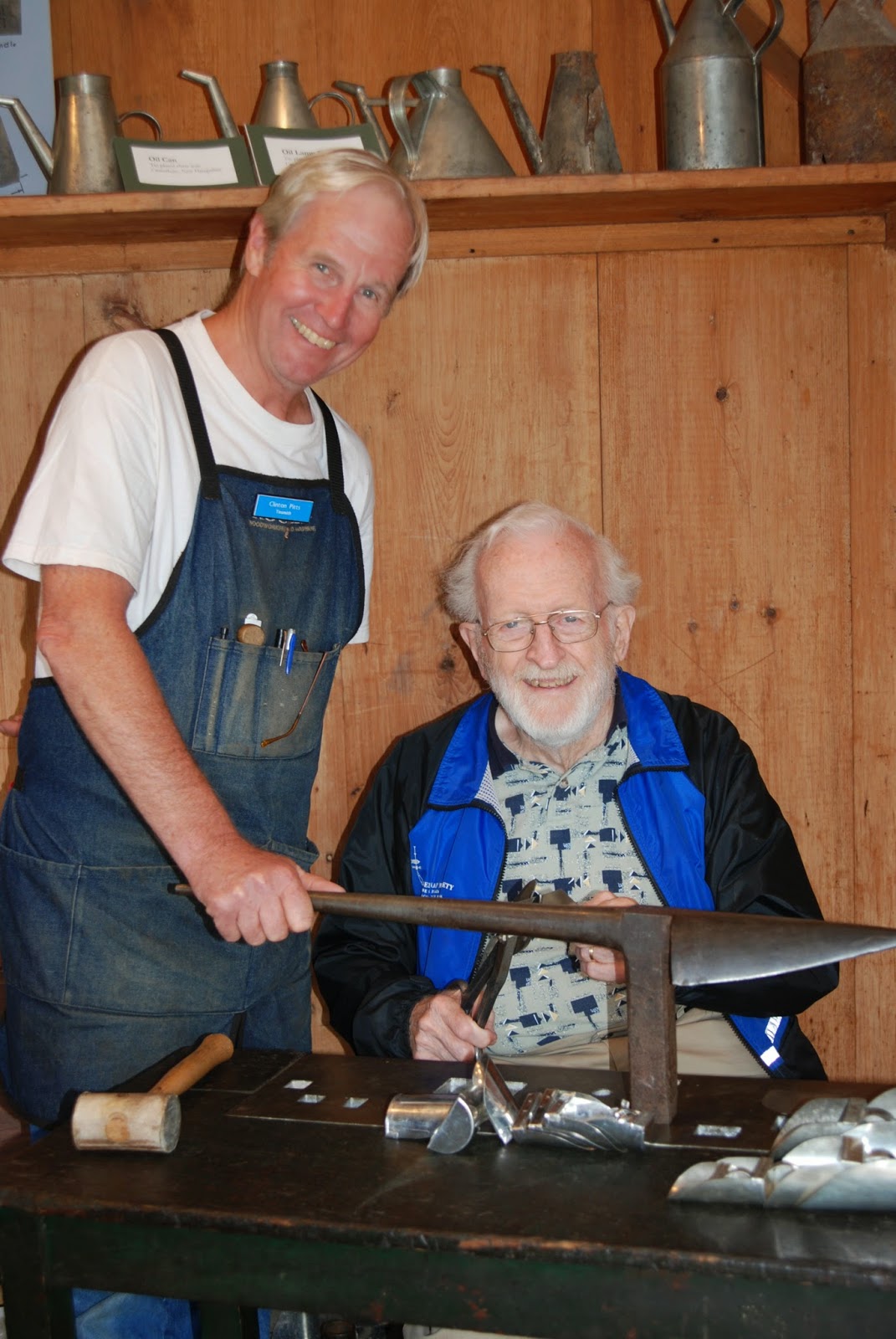 This weekend Clinton Pitts will be demonstrating Tinsmithing at the Old House & Barn Expo presented by the New Hampshire Preservation Alliance. Clinton completed an apprenticeship focusing on Shaker tinware with Master tinsmith, Roger Gibbs in 2006. The expo will run March 15 & 16th 9am-5pm.

The history of making household items out of tin, called tinsmithing, is intertwined with our nation’s history and independence won during the American Revolution. In the early 18th century the art of tinsmithing came to the colonies from England. The British Government prohibited the production of tin and iron in America in an effort to direct all trade and imports through England. Because of this tin had to be imported and was not readily available until after the American Revolution and the ban on production was lifted. 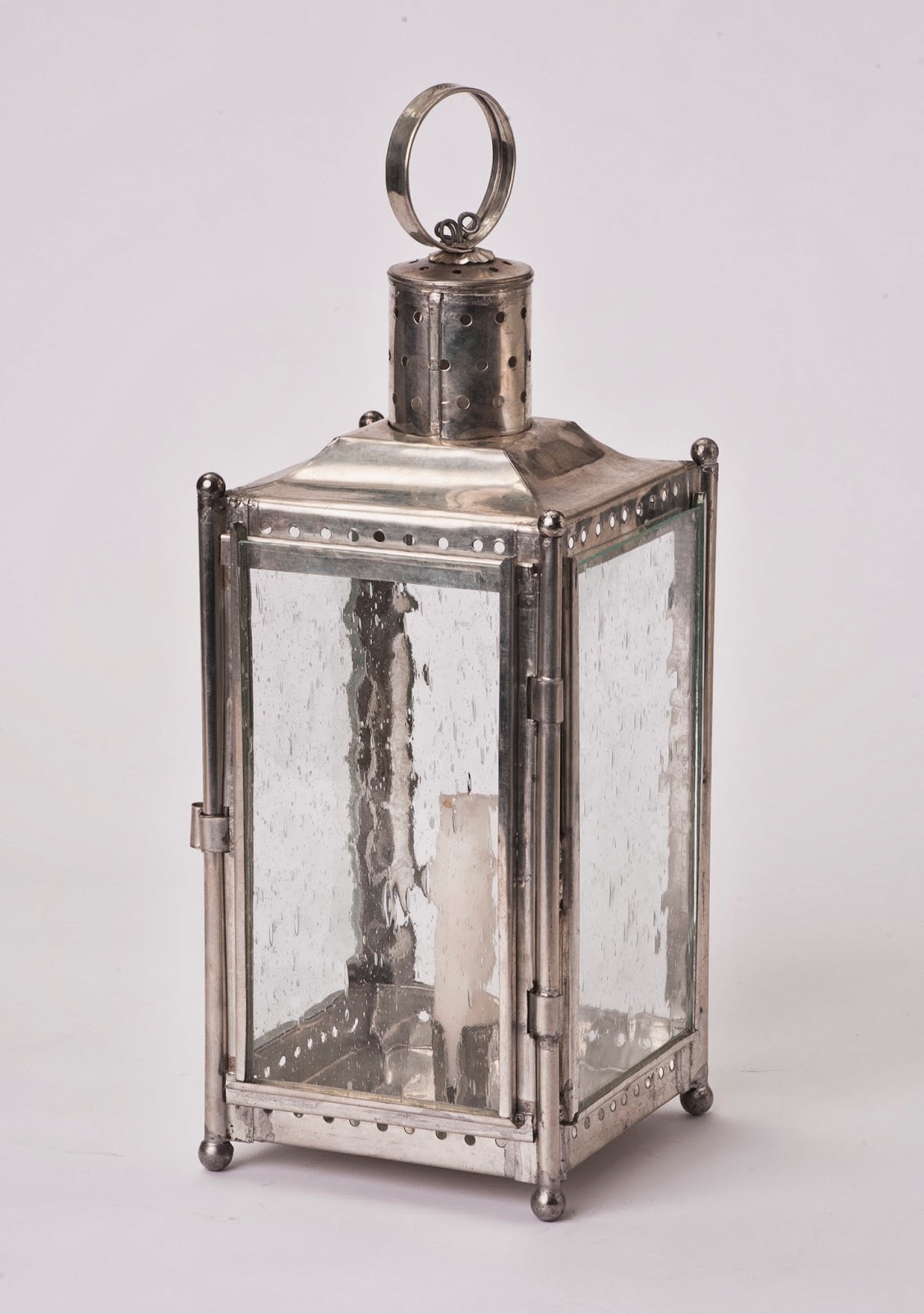 Sheets of tin were created by skilled craftsmen who would dip thin iron or steel in hot molten tin, creating a tin coating on the metal. This would preserve against rust and the material would remain lightweight and durable. Many household objects could be created such as mugs, dinnerware, coffee pots, creamers, cookware, baking pans,
lanterns, and chandeliers. 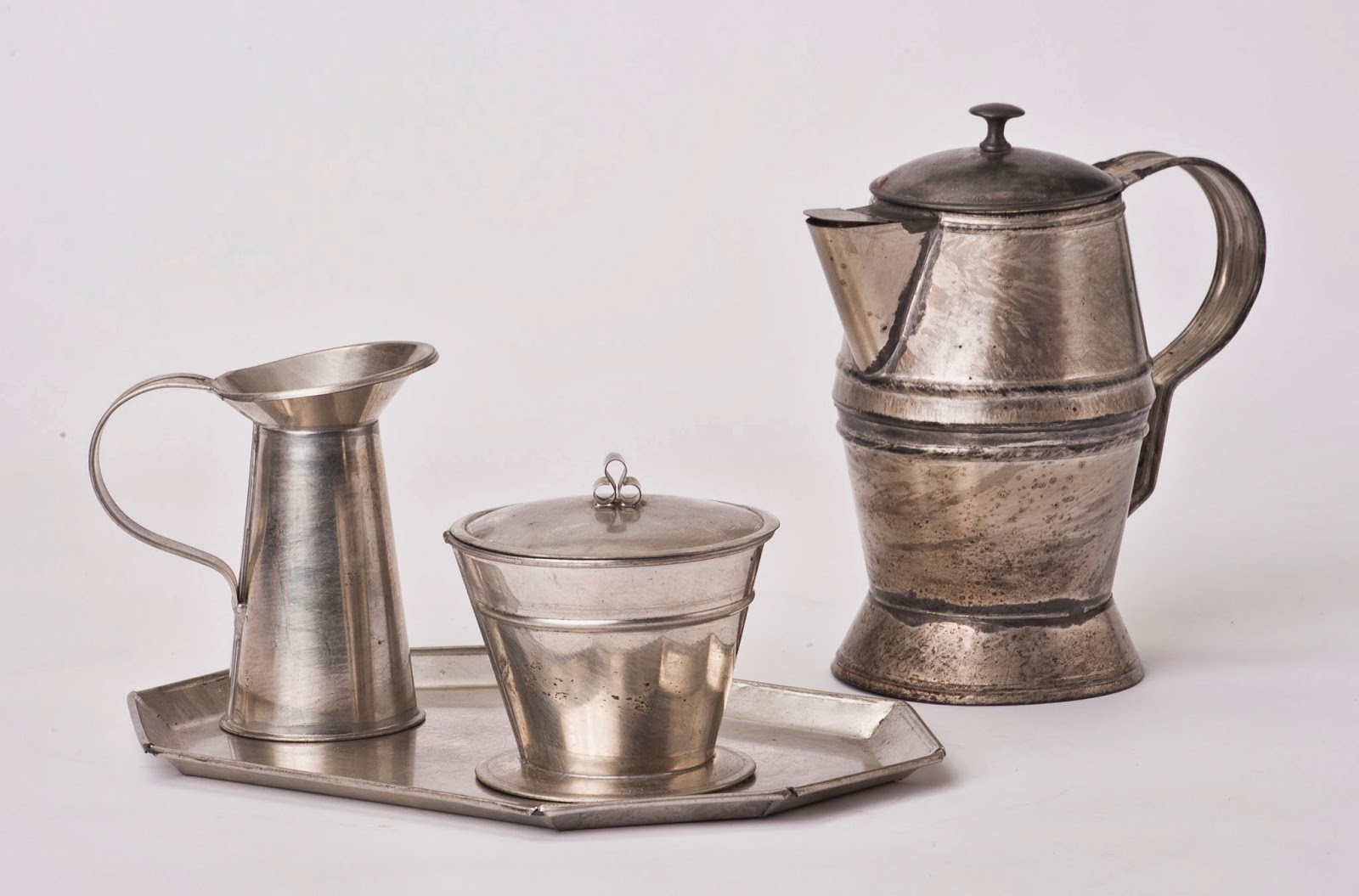 Tinsmithing was a popular trade as it did not require a forge or as many tools as blacksmithing. Any form can be created using careful planning, hammers, tin snips, punches, nippers, shears, a soldering iron and a light weight anvil. By the early 19th century the first hand powered machine for cutting tin forms was invented. Before these machines were developed each piece of tinware was meticulously formed by hand.

The trade was often passed onto an apprentice with most apprenticeships lasting 4-6 years. Tinware was so popular in the second half of the 19th century that some made their living as tinkers by traveling from town to town mending broken items. Tinware became an important product of the Shaker workshops in New Hampshire, where many original Shaker designs were developed.