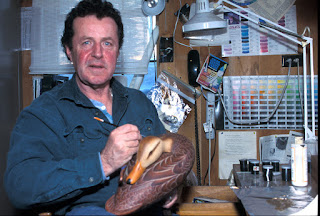 The New Hampshire State Council on the Arts is delighted to announce Fred Dolan, a master wildfowl carver, painter and teacher, as the recipient of the 2017 Governor's Arts Awards in Folk Heritage. The Folk Heritage Award "recognizes a New Hampshire traditional folk artist who has made a significant contribution to his or her art form and the cultural community, reflecting a lifetime of achievement." 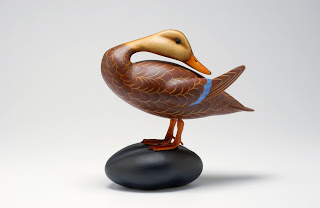 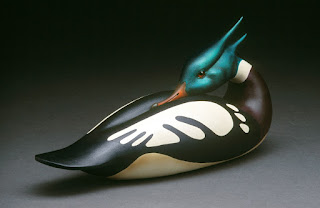 Originally designed as utilitarian devices for hunting purposes throughout North America, decoy styles were suited to local hunting conditions and methods. After the passing of the Migratory Bird Treaty Act of 1918, the tradition of decoy carving and painting evolved from this utilitarian function to the simple and beautiful “portraits” of wildfowl that have become works of fine craftsmanship and treasured pieces of folk art. Through generations of master craftsmen and carvers, the basic form and function of a decoy has been constant even though styles and wildfowl species vary regionally. 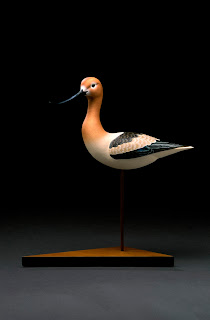 Having grown up along the Salmon Falls River in Somersworth, New Hampshire, Mr. Dolan has always had an inclination toward nature and wildlife. With this enduring interest and influence, he has made decoy carving his life’s work since the early 1980’s. He has studied decoy carving under master artists in New England including Paul Bowden and Jim White and on the Eastern shore of the Chesapeake, taken extensive courses in drawing, ornithology, carving techniques, sculpture and art as well as conducted research on wildfowl form and habits at the Audubon Society, museums, galleries and from the numerous observation points at his home.


Mr. Dolan’s accolades are extensive including representing New Hampshire at the 1999 Smithsonian Folklife Festival in Washington, D.C., demonstrating at the Lowell Folk Festival in MA, being an active juried member of the League of NH Craftsmen since 1982, and participating and winning  Best in Show at the Ward World Championship Wildfowl Carving Competition in Maryland. His work has been featured in numerous exhibits including Shaping our Heritage and Deeply Rooted: New Hampshire Traditions in Wood, carving competitions and demonstrations and art galleries in New Hampshire, New England and nationally. In addition to his exceptional ability as a craftsman, Mr. Dolan generously teaches carving classes in his studio and has taught numerous apprentices through the NH State Council on the Arts Traditional Arts Apprenticeship program where he is the most decorated artist in the program's history.

A total of 6 awards will be presented by Governor Chris Sununu at a ceremony and reception on Wednesday, November 1, from 5-7:30pm at the New Hampshire Institute of Art in Manchester.