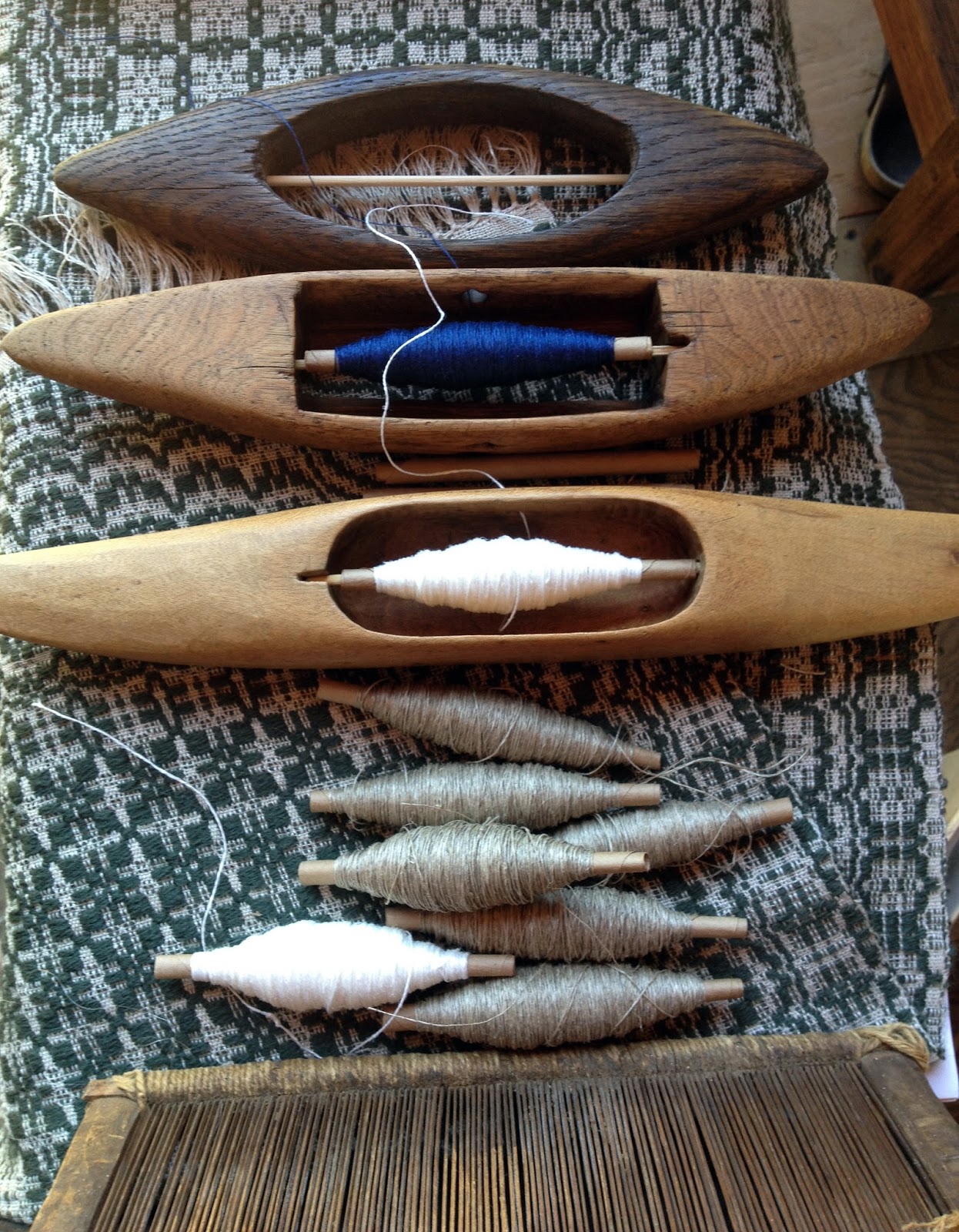 American colonists purchased most of their cloth and fabrics directly from England through the late 1700’s. As the spirit of independence spread through the colonies, people began to grow flax for making linen and raised sheep for the production of wool. Weaving and processing of these fibers become a staple of New England communities and have since been part of the social and economic heritage in both mills and domestic lives.

“For every six or seven houses [in New England] with spinning wheels, there’d be one loom, so if you did a survey of inventories, which a number of historians have done, they seem to always come up someplace in that range. So what would happen is neighboring farms, rather than having a weaver in their household, they would come over and barter. They would bring their own hand-spun and they would barter for the labor of the domestic weaver in that house.”- Craig Evans, Master Artist, Barn Frame Loom Weaving

Evans and Howes are both accomplished weavers and will bring their years of experience to focus on domestic utilitarian textiles for the home popular from 1780 to 1820. They will weave on a large "barn frame loom"  that is assembled with similar construction techniques as timber frame barns. The team will work at the New Hampshire Farm Museum in Milton on a crib size wool coverlet, yardage of a linen and wool blended fabric called “linsey-woolsey” and four harness linen table mats and runners.

“My skill is in reading the old patterns and knowing how to work with them and… weave them on a traditional loom… Do what they did two hundred years ago. That’s what I find so exciting, … the continuation of a tradition that was carried over from the old country to this country. I found myself teaching very much the way Norman Kennedy taught me, which was, you might say, unequivocal, meaning that there’s a way to do it and it’s not up for reinterpretation. This is the traditional way that has been done for hundreds of years and this is how we do it.”- Craig Evans, Master Artists, New England Barn Frame Loom Weaving.

In 2014-2015 the NH State Council on the Arts awarded Traditional Arts Apprenticeship Grants to 7 Master and Apprentice teams. Apprenticeship grants help communities preserve their cultural heritage through traditional crafts, music, and dance so that future generations can continue to benefit from them. Nearly every state in the US has an apprenticeship program that is supported by the National Endowment for the Arts. To view all 2014-1015 grant recipients visit NH.gov/nharts
Posted by Julianne Morse at Monday, February 02, 2015