The following is a guest blog post from Gordon Peery at the Monadnock Center for History and Culture. This is an excerpt of the original post appearing on their website.


Now on view at the Monadnock Center for History and Culture, the exhibit, Gents Bow, Ladies Know How 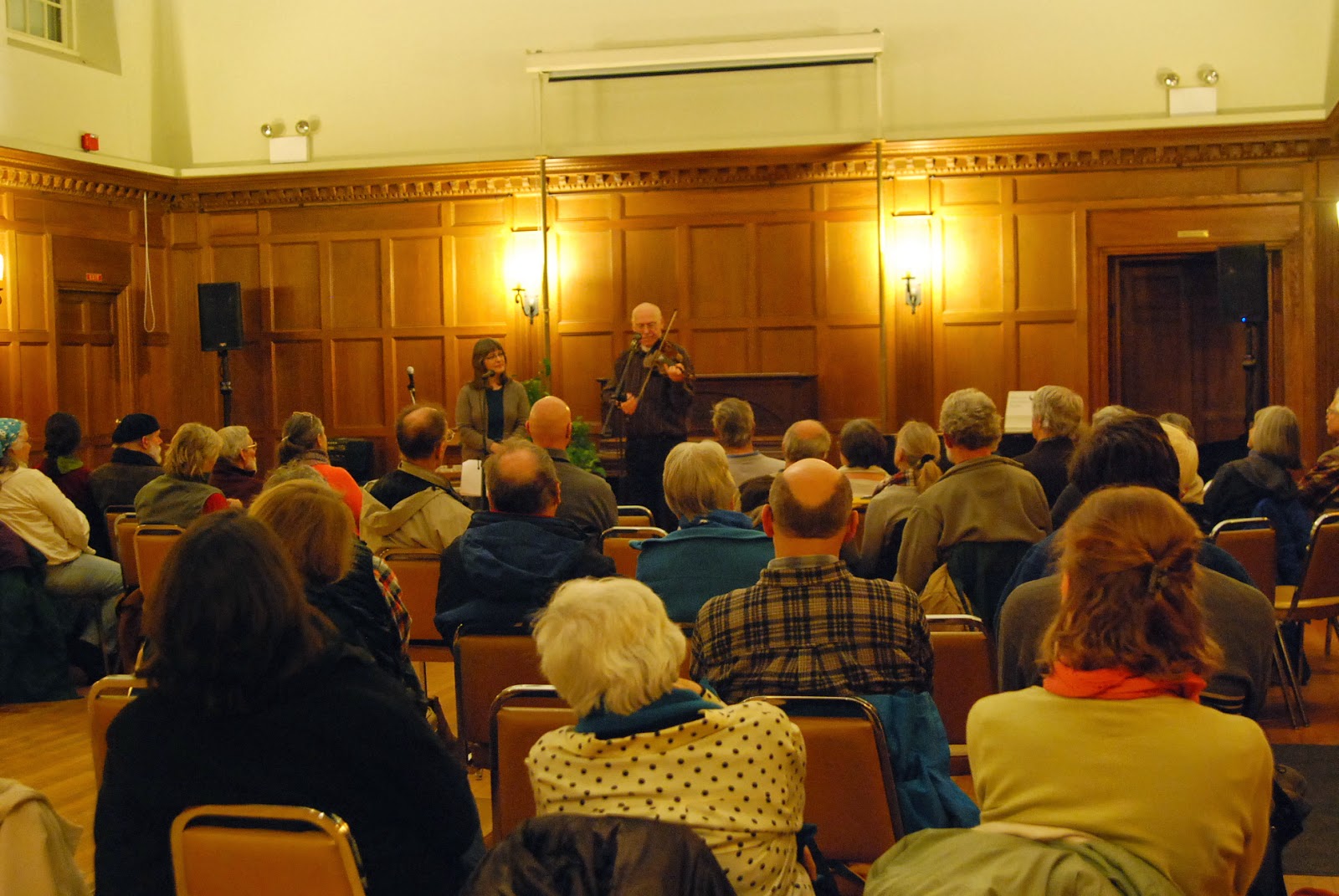 Mention contra dancing to someone from around here (the Monadnock region), and chances are they’ll know what you’re talking about. If they aren’t a dancer or musician, they are probably no more than two degrees separated from one. And if you happen to mention to contra dancers anywhere else in the country that you’re from the Monadnock Region, they’ll look at you with an appreciative glow – “aren’t you lucky!” 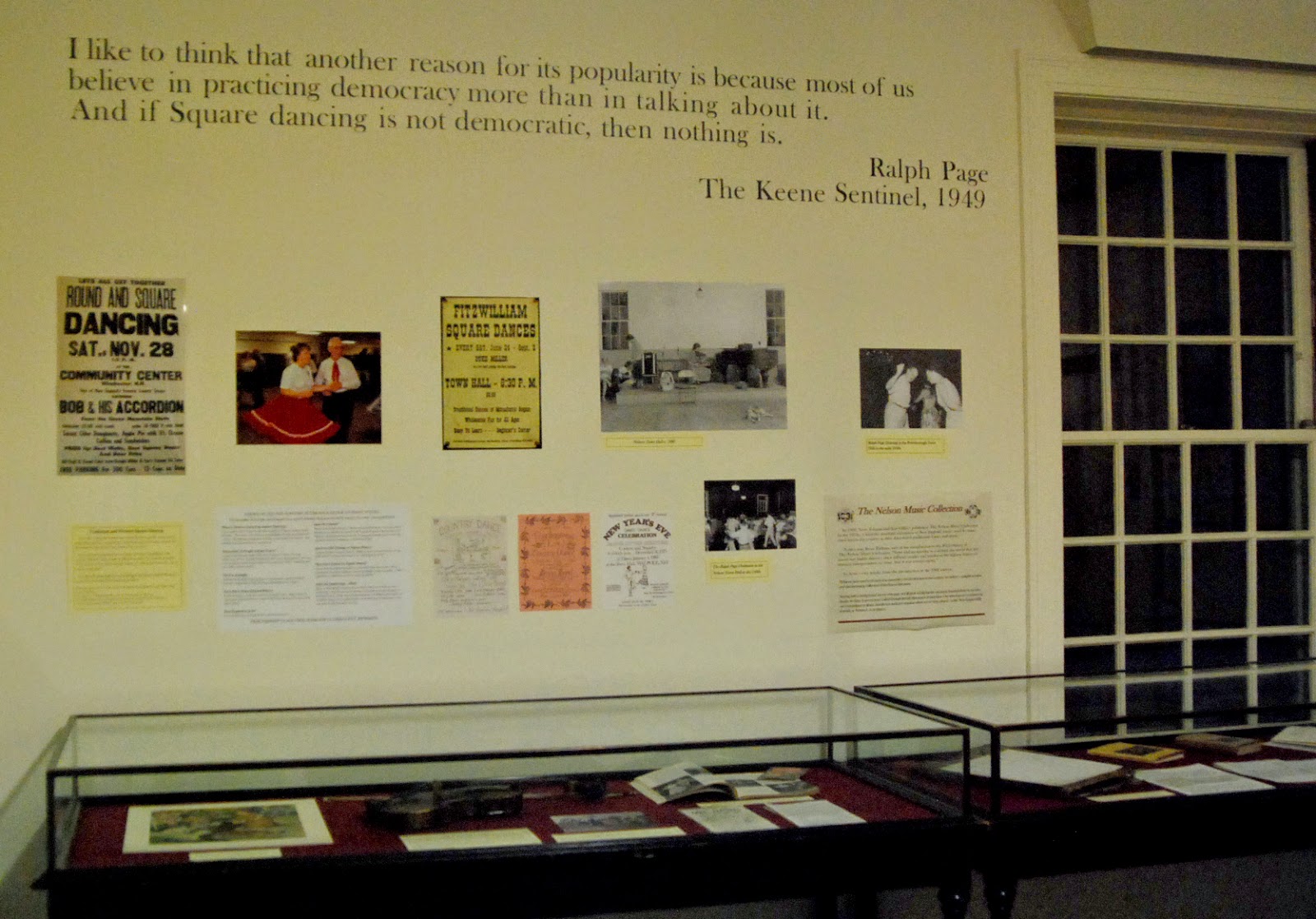 The small town of Nelson is generally considered to be the contra dance capital of the world, but all of the towns in the region have had contra dancing figure in their history – a vibrant part of their social and cultural life. And while in Colonial times dancing was popular throughout New England, and remains so in certain pockets, the Monadnock Region has a special claim on having maintained the tradition. 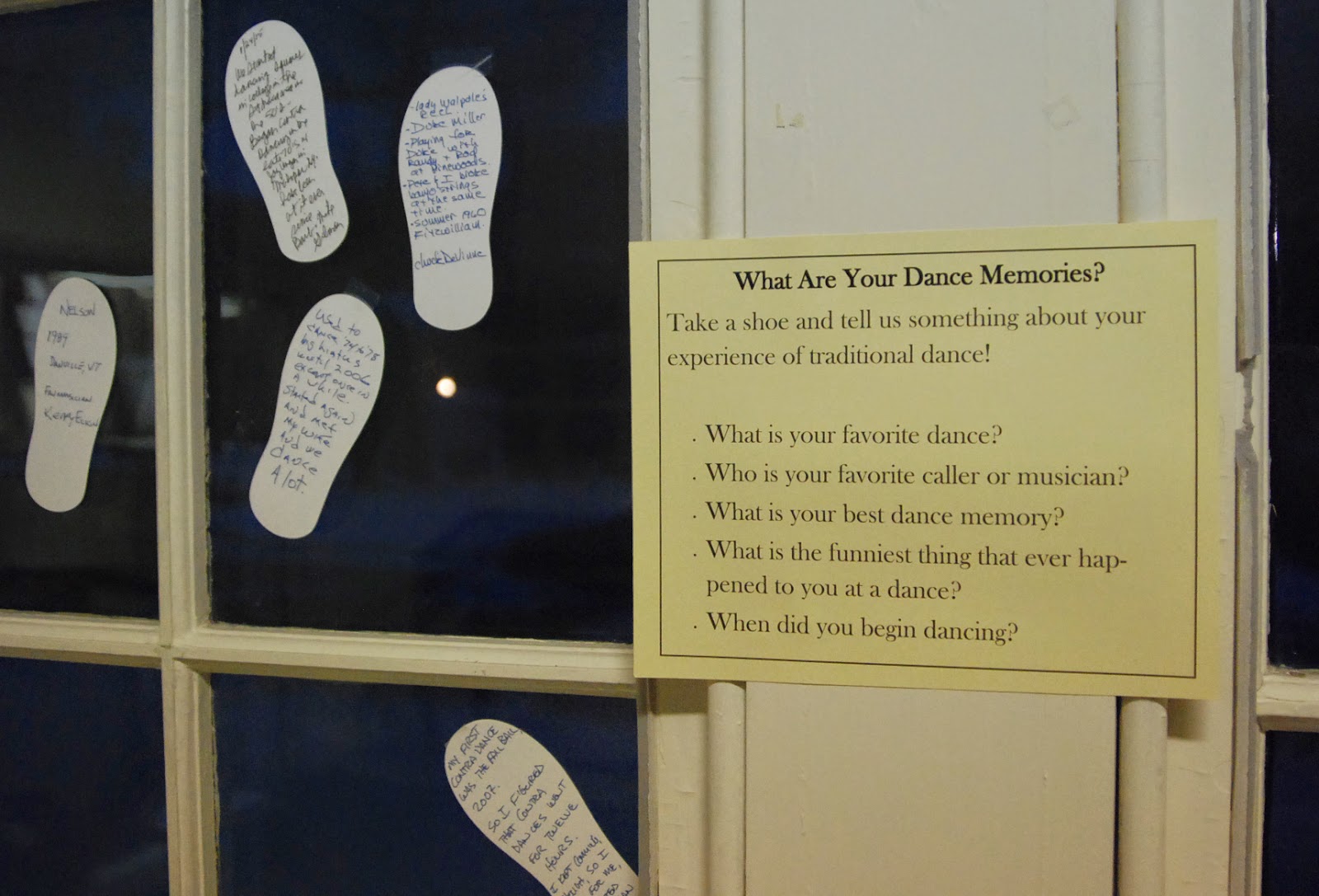 A brief history: In 1651 John Playford, a London bookseller, published The English Dancing Master, a collection of English Country dances and tunes. It was extremely popular, and quickly spread to France, where the dance form, done in lines of couples facing opposite each other, came to be known as “contredanse”. 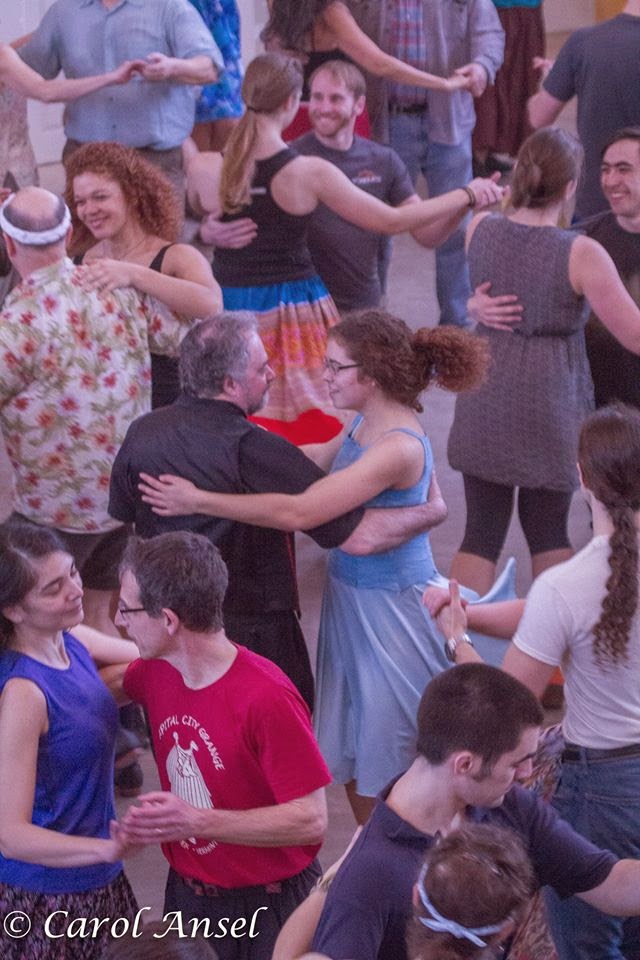 The tunes came here with the fiddles that traveled with their people to this new land. Like the people who sought new life, adventure, and freedom, the tunes were ready to lend their folk roots to be the foundation of something new. New communities, eager for diversion and cohesion, found both with the music and dance. French dancing masters roamed the colonial country side, teaching the contredanse, which became contradance. These dances were appealing to the nascent democracy: the dancers were equal, with everyone in the set engaging with everyone else: the farmer, the banker, the blacksmith, the teacher. The dance served the additional function of teaching social graces and nurturing community. The disruption of the Civil War and the introduction of new kinds of music and dance and other social diversions brought a decline in contra dancing. But it remained a part of cultural life particularly in the small rural towns of New England.

People danced wherever they could, but our town halls were often the venue of choice. These halls are simple buildings, but they were designed with a sense of form and balance – like the music and dance that filled them. Our town halls have absorbed decades of the dance, the music, and civic engagement, and you can feel it in the walls.

While elsewhere in New England contra dancers are a greying crowd, a typical dance in Peterborough or Nelson is well populated with high school and college kids. Folks of all ages, and from all walks of life, enjoy dancing together. And while it can at first seem intimidating to newcomers, you’ll find if you just jump right in, you’ll be surrounded by friendly encouragement, and before you know it, you’re part of one of New England’s oldest traditions.

Photos from top to bottom: Randy Miller and Deb K. presenting a musical history lecture on one of Sharon, NH's fiddling families from the early 1900's; installation view of Gents Bow, Ladies Know How; share your dance memories at the exhibit; a recent contra dance held in Peterborough, NH photo courtesy Carol Ansel.