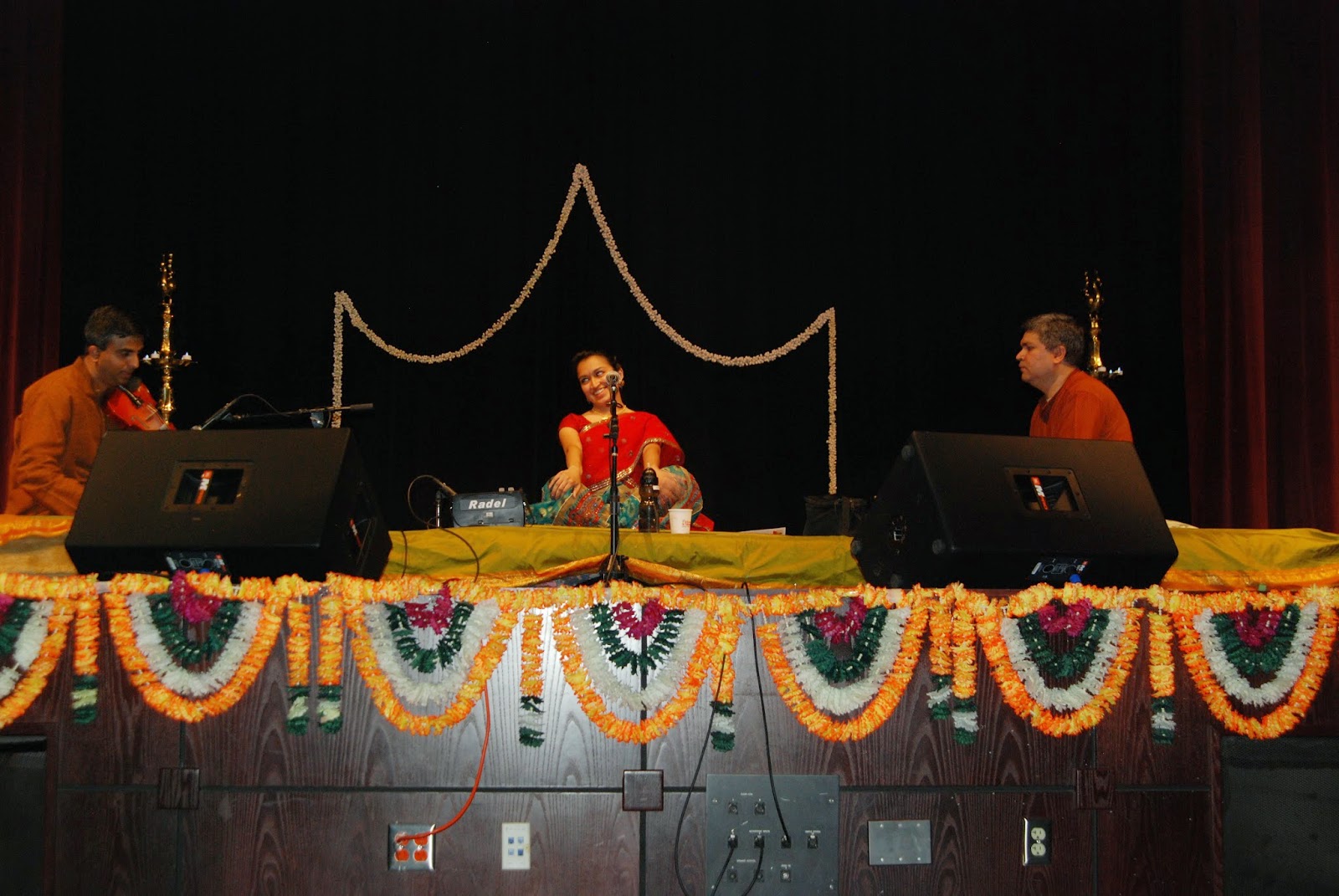 Did you know that New Hampshire is home to over 8,000 people of Indian ancestry?  In Merrimack, Nashua, Portsmouth and many other communities Indian Americans cherish and enjoy their rich traditions of song, dance, and community celebrations. 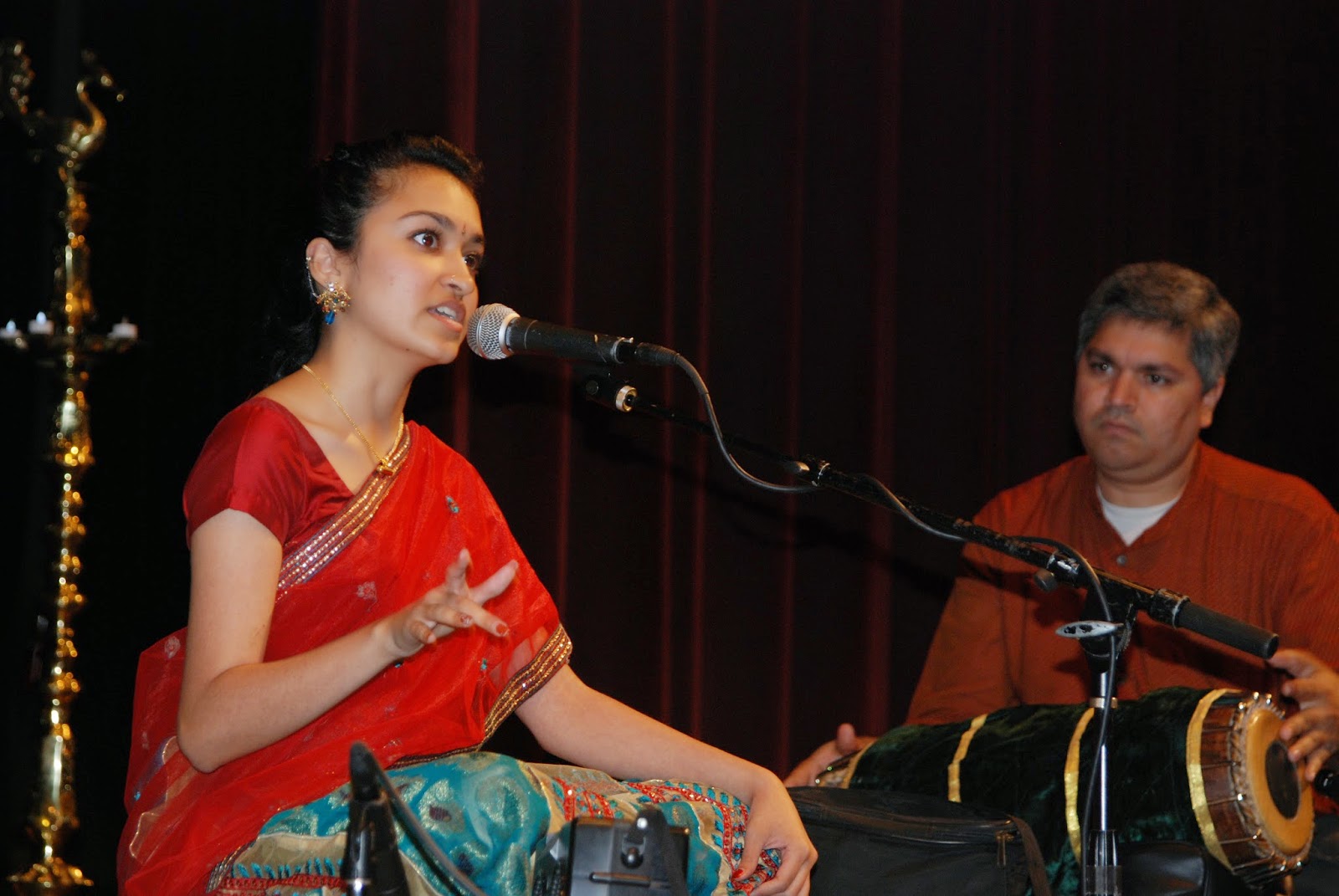 Master teacher Sandhya Sridhar moved to Nashua 30 years ago and found few opportunities for her children to engage in traditional Indian arts and culture. She opened Aradhana School of music in Nashua to offer Carnatic singing lessons for area youth. Now NH residents have the opportunity to learn these forms of music without having to drive to Boston, and local cultural celebrations are often showcases for the young musicians and vocalists. 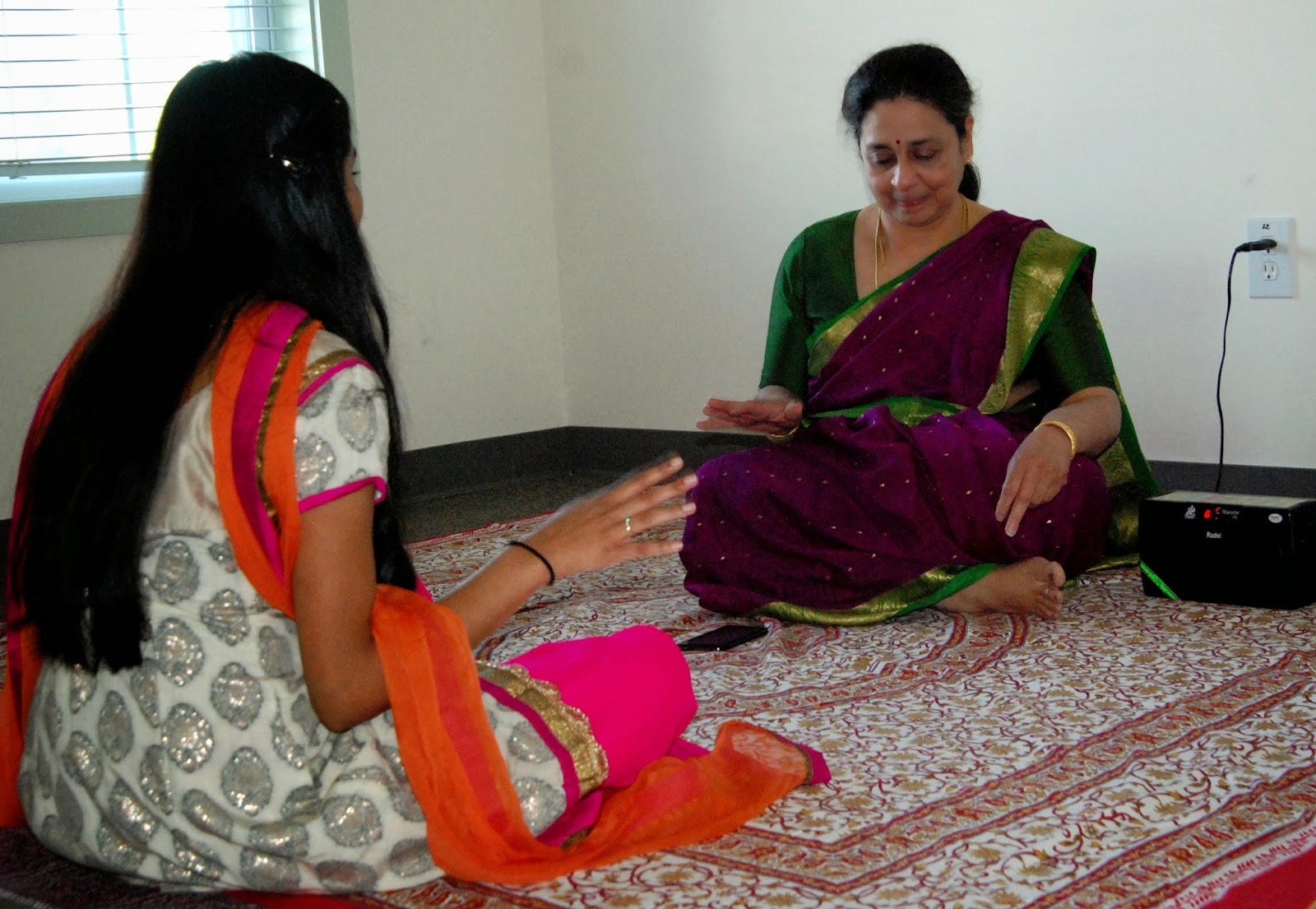 Carnatic singing is a traditional ragam or melodic style native to southern India, where forms of the music have been practiced for 2000 years. In contrast to much Western music, Carnatic music is based around melodic styles.  Both vocal and instrumental parts of the music require years of dedication to master the subtle nuances of bhavam (expression), talam (rhythm), and improvisation. The compositions have spiritual and cultural significance in how they are performed. Guru (master teacher) Sandhya Sridhar considers it a great responsibility to ensure an apprentice achieves mastery of musical skills, develops a strong character, and embraces the cultural values that are the foundation of the music.

In 2014-2015 Sridhar will work with Meghana on songs composed in the language of Telugu, the language native to Meghana’s family. Many Telugu words end in vowels which makes it a preferred language for songs that have a very natural flowing sound to the lyrics. Many composers will actually choose to write songs in Telugu even if it is not their native language because of nice flowing sound of the words.

Below: A group of young students of Guru Sandhya Sridhar singing at a community festival.

In 2014-2015 the NH State Council on the Arts awarded Traditional Arts Apprenticeship Grants to 7 Master and Apprentice teams. Apprenticeship grants help communities preserve their cultural heritage through traditional crafts, music, and dance so that future generations can continue to benefit from them. Nearly every state in the US has an apprenticeship program that is supported by in part by the National Endowment for the Arts.