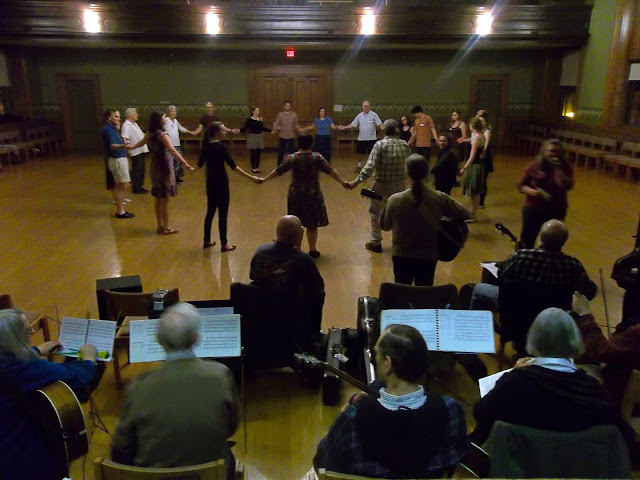 Frank Woodward, the current organizer of the Milford contra dance, says that contra dancing is a family tradition for him. “My dad was a caller, my grandfather owned a dance hall, so technically I’m third generation doing this,” he says.
The Milford dance began in December of 1989, founded by David Bateman. It took place monthly year round in the Milford Town Hall, where it remains to this day. At the time, the town was restoring the Town Hall’s auditorium, which had fallen into disrepair. A portion of the money that came in each month from the dance was donated to the Town Hall restoration efforts.
Dance organizers David Bateman and John Redemski ran the dance from when it began until September 2001, when Woodward became the sole organizer.
The dance quickly became a favorite for beginners. “They’re great fun and have a lot of energy and enthusiasm,” says Woodward. “People have to start someplace, and this is a great place for it.” Families and homeschool groups have been regulars at the dance over the years, and the dance is friendly to all ages, from the very young to seniors. The dance typically draws up to 30 people, and occasionally more. 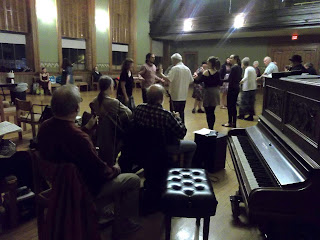 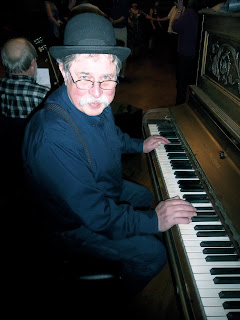 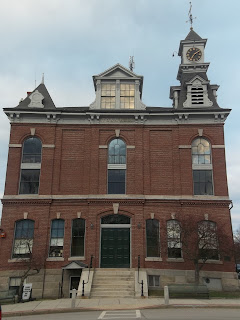 At the start, the dance organizers hired musicians, but after a while they developed a “house band” of regular sit-in musicians. “You never knew who was going to show up,” says Woodward. He says the dance often averages 10-12 musicians per night. The musicians started out using the New England Fiddler’s Repertoire, a collection of traditional New England contradance tunes edited by fiddler Randy Miller. Since then they have added the Portland Collections. The band typically plays a mix of traditional Canadian, Celtic, and New England music on a variety of instruments including the fiddle, accordion, banjo, guitar, and bodhran.
Dances called in Milford tend to be traditional. Woodward often begins the evening with simpler dances, and calls more difficult ones as the evening goes on. Woodward often calls dances with singing calls later in the evening, and he sometimes calls Gay Gordons, a Scottish circle dance. There is a waltz to introduce the break, and a waltz to end the evening.
While Woodward is the primary caller at the Milford dance, “sit-in” callers are also welcome. Some locally in-demand callers have called their first dances at the Milford contradance, including musician and caller Sandy Lafleur. “We give everyone an opportunity,” says Woodward. “If it’s a beginning musician or caller, they’re welcome to join in.”
Until recently, the dance had an annual tradition of a “Mad Hatter’s Ball” every March. Dancers were encouraged to wear “their fine hats or their funny hats.” A prize (raspberry preserves) was awarded to the dancer with the best hat.
Proceeds from the dance go to the Milford Recreation Committee, which sponsors the dance and provides custodial services. The hall has air conditioning for the hot summer months.
“It’s pretty simple, it’s pretty straightforward, and it’s pretty fun,” says Woodward.